I’ll See It When I Believe It 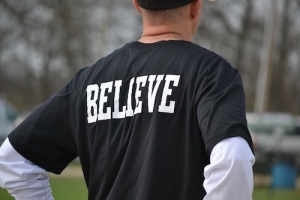 When I speak to groups, I often quote Oprah Winfrey:

“You become what you believe – not what you wish for, not what you want, but what you truly believe. Wherever you are in life, look at your beliefs. They put you there.”

Her phenomenal success was so improbable.

Unlike most of her peers, she never believed that growing up poor, black, and female in Mississippi made her less than worthy or sealed her fate in any way. Neither did being sexually abused at the age of nine, or delivering a stillborn child after becoming pregnant at 14 … the event that turned her life around.

In her words, “I believed I belonged to someone or something bigger than myself, my family, or even Mississippi. I believed I was God’s child. Therefore, I could do anything.”

I’ve been thinking about what she said a lot lately, those words becoming even more meaningful to me in the context of recent experiences.

Is Oprah free, and focused, and powerful? YES! But imagine if you’d been asked, back in the 60’s, to rate the odds of her achieving what she has, given her early life story and where she came from. Honestly, would you have rated it much higher than zero? You’d probably have said, “Too much to overcome. No chance.”

Say it again to yourself. It isn’t about overcoming.

I’ve come to realize, at a deeper, more visceral level than ever before …

Where I came from … doesn’t really matter.

What’s happened in the past … doesn’t really matter.

Where I am in my life right now … doesn’t really matter.

What’s going on in the world … What others think and say and do … doesn’t really matter.

What the voice of doubt says when it speaks to me … doesn’t really matter.

WHAT I BELIEVE! … that’s what really matters! What I conceive and believe and intend. That’s where the power is. The rest of that stuff … the drama around family, the struggles growing up, the hard knocks, the twists of fate, the “unfavorable” circumstances, the anxiety and self-doubt … sure, it makes for quite a story, but it just isn’t relevant to where I’m going.

That’s the grip of the past or worry about tomorrow. That’s not the stuff of becoming, of growing, of transforming, of living into my vision.

So, what is it you say to yourself?

If I’d just had a more supportive family …

If the economy weren’t in the tank …

If I just felt more confident …

Whatever it is that you’re lamenting, whatever seems to be holding you back, it doesn’t have to matter any more to you than Oprah’s stuff mattered to her.

You can come up with a thousand reasons why you can’t, you shouldn’t, or you won’t. But, you know what? That all melts away in the presence of a vision of the future that means everything to you … and the belief that realizing that vision is not only possible, but assured.

It’s just waiting for you.

The odds mean nothing.

Just believe it and you’ll see it.