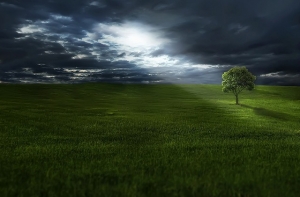 Exactly what is it that spurs us to take action?

I mean, think about how many things you’ve wanted to do in your life … or told yourself you should do. Think about all the dreams you’ve dreamed.

Now, tell me, how many of these impulses have you actually acted upon? If you’re like most of us, it’s a fairly small percentage … for lots of reasons.

So, what was it that got you going on those occasions when you did act? The obvious answer is … a want or need that was strong enough to motivate you.

But action doesn’t always come from want or need per se. Some actions spring from pure inspiration. I’m talking about those times you were so uplifted and energized about a possibility, you didn’t even have to think about it. You just acted. And that’s what I want to focus on in this post and in an upcoming edition.

In a couple of weeks, I want to look at how inspiration trumps motivation and what that means for us in our lives.

But today, I just want to look at the power of inspiration … and I want to do it by telling you a story …

The little girl was crying.

The tall, kindly man bent down and gently asked her what was wrong.

It seems there was no room for her in the Sunday school class of the small church and she had been turned away.

The man picked the girl up, placed her on his shoulders, and … as she dried her tears with the backs of her little hands … he carried her through the congregation to the classroom, where he found a place for her.

“I said to her I would take her in, and I did so, and I said to her that we should someday have a room big enough for all who should come.”

The year is 1884 and the man is the famous Baptist minister, lecturer, and philanthropist, Russell Conwell. You may know him as the author of one of the best-known speeches in history, Acres Of Diamonds, which he gave over 6,000 times.

He didn’t know it at the time, but the little girl had gone home that day and told her parents that she was going to save money to help build the larger church and Sunday school Dr. Conwell had envisioned. Her parents humored her, letting her run errands and do little tasks to earn pennies … and she saved every one.

But she didn’t have much time.

“She was a lovable thing, but just weeks later, she was taken ill suddenly and died. At the funeral, her father told me, quietly, of how this little girl had been saving money for a building fund.”

Her father handed Conwell a cracked red purse that contained all the money she had saved … 57 cents in pennies … and a note that said, “This is to build the little church bigger so that more children can go to Sunday school.”

Deeply moved by her tiny but heartfelt bequest and inspired to honor her intentions, Conwell went to the Board of Trustees of the church and told them of the girl’s gift. Until then, the new church building had been just a dream, a possibility for some time in the future. These were not rich folks and their means were limited.

But now, moved and inspired themselves, the officers of the church sprang into action. They set about contacting the owner of a lot on Broad Street that looked to be the perfect location for a large new church building … even though they had no money.

The owner of the lot wasn’t a member of the congregation. He wasn’t even a church-goer, but he too was inspired by the little girl’s offering and agreed to sell the land for the price of $10,000 and provide financing at 5%.

As more and more people heard the story, money poured in from all over and sufficient funds were raised to build what became the Temple Baptist Church, a huge edifice with seating capacity of 4,200 … and plenty of room for any child who wanted to attend Sunday school.

But that was just the beginning. Conwell and his congregation went on to found Temple University and Samaritan hospital … which is now Temple University Hospital … in the heart of downtown Philadelphia, PA where they stand today. It seems that sweet little girl inspired a lot of grown-ups to do some very big and special things.

You know, we often look at some big and special thing we’d like to do and we stop ourselves.

It seems too big and too hard.

But never underestimate the power of a clear and pure intention to inspire.

With sufficient inspiration, all things are possible.