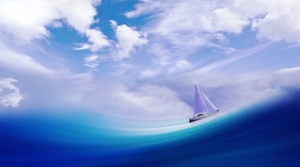 We give advice in these newsletters. Some people follow it and benefit, but many just take it in and do nothing. They don’t translate that advice into action or a changed way of being. Is it because they’re resistant to the message?

Not at all. Quite the contrary.

Take, for example, a couple of themes we’ve touched on over the years. Very few people will actually argue that dwelling on what you lack in your life is better than being grateful for what you have or that living from fear is a successful or satisfying strategy in most situations.

Likewise, I don’t know of anyone who dismisses visioning as a success strategy or thinks that clearly stating what you want isn’t an important part of helping you get it.

Instead, when presented with important success principles such as these, we all nod and say, “Yeah, those are good things to keep in mind.” And then, most of us let these nice thoughts slip from our consciousness, as if these principles are OPTIONAL, as if the quality of your life doesn’t absolutely depend on your living them every day, as if these principles aren’t like air to the drowning, eyesight to the blind, freedom to the slave.

There are three fundamental reasons why we dabble in this stuff instead of playing for keeps:

First: We’re not sure if it’s really “true.”

For example, we talk a lot about tapping into the power of attraction. Is the law of attraction real? Does asking for what you want, expecting it to be given, and allowing it to arrive really always, positively cause you to get the result you want in some linear, observable way?

Read this carefully. Read it a few times.

IT DOESN’T MATTER if the Law of Attraction is true in some absolute, abstract, philosophical sense. All that matters is that you ACT AS IF it’s true. If you will act as if it’s true, you wildly increase your odds of success. Why? Who knows exactly? Experience has just proven that it works. When you do X, Y tends to happen. So do X! Successful people do.

And why wouldn’t you? THERE’S ABSOLUTELY NO DOWNSIDE.

Second: There’s a belief running beneath our conscious awareness that says that it can’t be that easy. You have to suffer to even survive. Nothing comes easy. No pain, no gain. You have to earn everything you get.

Nuts to that. If you expect it to be hard, guess what? You’re likely to have your beliefs confirmed, but you gain ABSOLUTELY NOTHING from thinking that way. Allow it to be easy.

It’s the same money whether it was earned or not. And we know nothing about the person other than how they got their million. Hmmmm. We’re programmed to think easy is sleazy. Give it up … now.

Third: We need things to turn out a particular way, in exact accordance to the way we visualized it, or it doesn’t count.

Sometimes we can’t see that our wishes may have been granted and our prayers answered, just in a different way. We say, “See, it didn’t work …” when all around us unfolds a storyline so exquisitely complex and perfect that we can’t begin to comprehend the “rightness” of it.

Have faith to simply believe powerfully and constantly that all things work out for the higher good.

Consider this. The man who invented Post-It notes had just failed at creating a permanently sticky glue. Yet an enormous success came out of that “failure” just because he was open to another interpretation of the results.

Again, believing in this kind of “providence” has no downside. Just don’t expect a storyline with no compelling plot twists. How boring that would be!

There are no cosmic mistakes. To ever give up, to ever accept less than all you want, or worse still, to ever believe that life holds negative things for you is to believe that the universe is messed up, that nothing makes sense, that God made a mistake, that life is a random throw of the dice. If you believe that, nothing much works.

You are a miracle of creation and a creative miracle worker. There’s been no mistake. You can create what you want to create. Think big. The power you need is in limitless supply. Tap into it every day, every moment, as much as you want.

To catch the invisible breeze, you have to lift your sails.