Show ‘Em What You’re Made Of 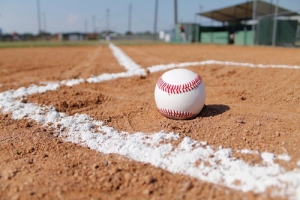 I’m not a sports person. I love gymnastics and skating, girlie stuff, but that’s about it … except for baseball.

My partner, Tom, is a baseball guy, so I started watching some of the Atlanta Braves’ games with him years ago. And now, I watch at least some of most of the games for a little break in the evening. And I care about how the guys do from night to night. I almost feel as if I know them personally. I refer to them by their first names. They’re “my team.”

The players on the team are all high-performing professionals or they wouldn’t be in the major leagues. But they started out the season as the worst team in baseball. They were awful, and it was hard to watch.

They played themselves out of contention for the playoffs early in the season. So, what was there to play for? Pride? Sure. Personal stats? Sure. But it would have been easy for these guys to just play out the season in lackluster fashion and shuffle off come October to hope for a better result next year.

Instead, they continued to play hard every night, even when they were losing game after game. They continued to try to find a formula for success. They stuck together as a team and kept believing in themselves.

And now, like the phoenix rising from the ashes, they’re the best performing team in September … when the games “mean nothing” to them from the standpoint of being able to win a title. They’re going home come October 2nd … no matter what. And yet they’re in there giving it their best … and they’ve found the winning formula. I find that not only commendable, but inspirational.

How do you behave? What kind of negativity do you allow yourself to indulge in? Do you keep on keepin’ on or give up and give in?

I get that the idea of staying in the game and playing hard is hardly a new message, and it can sound a bit “rah-rah.” But what I’m keen on doing is keeping good people, people chasing a dream, from washing out when they may be juuuuust that close to finding their winning formula.

Look, I don’t care who you are, when things go south, there’s a natural tendency to feel disempowered, to get in your own way with negative self-talk and to develop something less than a “can-do” mindset.

We tell ourselves stories about how we aren’t good enough and we can’t catch a break and things will always be tough … yadda … yadda … yadda. And those stories can affect our performance and erode our commitment to what we’re here to do.

Everybody has rough patches and even times when things look hopeless. What separates those who keep going and maybe even prevail in the end vs. those who fall by the wayside is the will to keep trying, to stick with it, to always give it your best, regardless of the outcome. It’s the strength of character to keep performing even when you feel like quitting.

Now, I get that sometimes it just makes sense after analyzing a situation to accept your losses, declare defeat, and move on to something else. But making a clear decision to try something else is different than not giving your best to what you’re attempting to do here and now.

If you’re gonna be in the game, you have to continue to “play hard” and play to win.

The Braves reinforced an important message for me. Never stop playing the game like a champion, like a professional, even when you’re losing … even when, like the Braves, you KNOW you aren’t going to achieve the goals you set for yourself … at least not right now.

As one of the Braves’ stars said last night, “We’re playing for the future!”