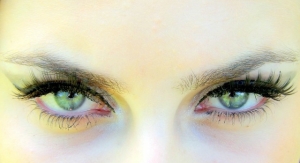 It’s not just that it’s a low state of being and quite unbecoming. It’s poison. It doesn’t hurt the object of your envy. It hurts you.

There’s a great saying about what you do to yourself when you stay angry at somebody. “It’s like drinking poison and expecting the other person to die.”

Envy isn’t that much different. People just don’t focus on it as much, because, despite its reputation as one of the seven deadly sins, it seems like a relatively harmless indulgence. We profoundly disagree.

Believing that some people have too much of a good thing and resenting or criticizing them for it actually limits what’s possible for you, because it reinforces the notion of scarcity.

The “psycho-logic” of it goes something like this. If someone else has something, there’s less for me. And if I can’t have it, they shouldn’t have it either. The energy of envy is all about dragging down.

Tell the truth. How often do you find yourself looking at someone who has a really nice house or car … or who has taken a trip you can’t afford or who has a really successful business or career … and saying something like, “Ooooh, it must be nice” or “Wonder what he’s compensating for with that car?”

This isn’t something we’re speaking about theoretically. We’ve been there and we’re not going there again. When the deep-seated impulse to envy wells up, we choose a better thought. We’re retraining ourselves to think, “Good for them. They got want they wanted. Getting what you want in life is a good thing. If they can have what they want, I can to.” Celebrate the success of others. As long as they came by it honestly, why wouldn’t you?

When you descend into the low state of envy and you’re “vibrating” at that base emotional level, it’s like jamming a giant plug into the wellspring of your abundance.

How could you ever allow yourself to have all the things you want? That would make you a bad person too! And your subconscious mind won’t let that happen.

Think we’re making this up or making too much of it? Okay, answer this question. Is it good to be rich?

If you can’t simply say yes, then that should tell you something. The only caveat we would allow is that the riches have to be obtained honestly. Otherwise, it’s good to be rich … period. May everybody be rich in every sense of the word, including financially. Scarcity and hardship be damned.

There’s a limiting factor to how successful and rich you’ll be. It’s how much you allow others to have.

So, really, how much is okay for others to have?

How does “everything they want” sound? Because that that’s how much it’ll be okay for you to have too, psychologically and vibrationally speaking.

If it’s not okay for others to be abundant, don’t hold your breath waiting for a flood of wealth to wash over you any time soon. You can’t see it, but every time you indulge in envy and place arbitrary limits in your own mind on what’s okay for others to have, you’re constructing an invisible ceiling that limits your own upward path.

Blow the ceiling away. Open yourself up to the possibility of an abundant life for everyone. It isn’t that hard.

The secret? Allowing. Just allow others to live their lives as abundantly as you hope to live yours.