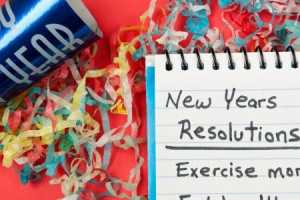 Did you make a New Year’s resolution this year? 40% of us do.

Have you kept it? Research tells us only eight people out of a hundred manage to. Those are some pretty lousy numbers. What’s going on? Why do we fail so miserably?

I’ve seen lots of reasons given, but never what I consider the real reason.

There’s a difference between making a resolution and declaring an intention.

Sounds the same, but it isn’t.

When you resolve to do something or not do something, you are resolute in the face of something. It’s you against it … the force that would stop you from achieving x, y, or z. When your resolve is broken … or gradually dissolves … what are you left with?

You lost. “It” won. You were weak. You were bad. You were deficient … not enough willpower. What you did was wrong. You “cheated.” (I really dislike that language.) You blew it!

It’s all about opposing forces. And as Franz Kafka said, “In a fight between you and the world, bet on the world.”  Yeah, like 92% of the time.

Don’t get me wrong, determination and persistence are great traits, but you have to be motivated by moving forward toward something good, not fighting against something. You know, like those delicious morning goodies the devil himself puts in the Starbucks pastry case or the freezing morning air when you’re deciding whether to get out of your warm bed an hour early to do that pre-dawn run.

You get to choose again tomorrow. That takes the drama out … the phony drama of you against the world … and puts choice in.

It’s not a question of perfection or nothing … get it right or you’re done.

I have a friend who’s a golfer. He tells the story of going out to play when he was young, resolving to play a clean round … no major errors. But he pulled a ball into the woods on the third hole. The clean round was shot, so he hauled his clubs back to the first tee and started over.

We all come up short of expectations sometimes, because we’re human. But so what?

Each hole is another chance. You can play badly on the first hole or two and play brilliantly on the rest. The folks who are really good at golf completely get this and are able to turn lousy rounds around all the time, because they keep the intention alive. They keep the possibility of brilliant alive.

And they don’t beat themselves up too badly when they don’t perform up to expectations. They know what matters is the next hole.

Look, you can’t not play anymore. Life goes on. And you can’t go back to the first tee and start over. It doesn’t work like that.

What’s done is done. What lies ahead lies ahead. You make of it what you will.

The greatest hitter in the history of baseball, Ted Williams, from my home town of San Diego, once went hitless in eight straight games. I’m sure he wasn’t pleased, but he knew that, as much as he wanted to be perfect, perfection was unattainable.

And yet greatness was not.

So, if you made a resolution and didn’t live up to it, forget it. You didn’t blow it. Tomorrow’s another day Scarlet.